Power to the people, Amstelveen has chosen! 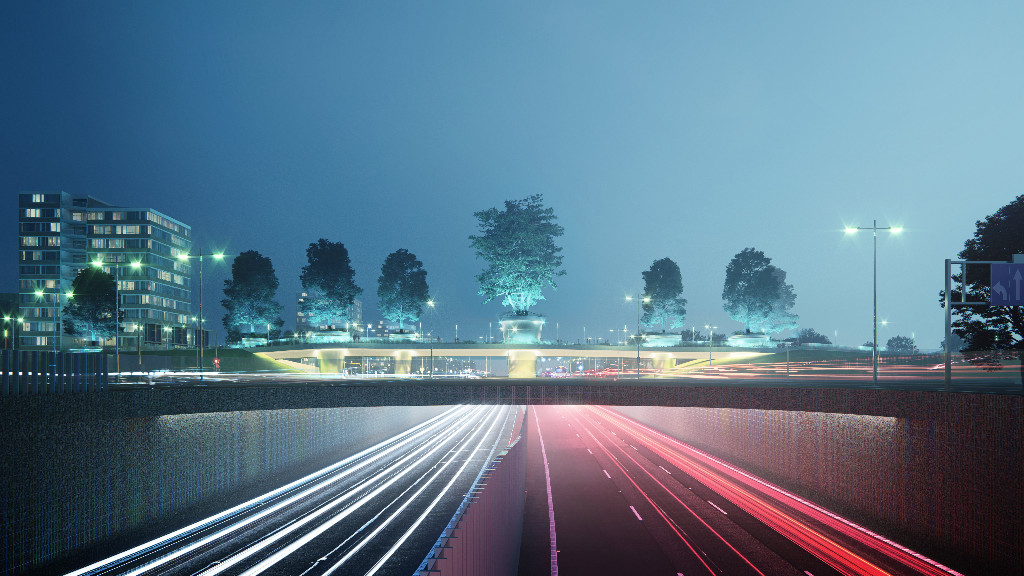 Power to the people, Amstelveen has chosen! The residents of Amstelveen, a suburban town just outside of Amsterdam, were presented with designs by four teams for the construction of a new 200-metre bicycle bridge spanning the A9. A landscaped crossing with structural columns sculpted like giant flowerpots was the clear favorite. In a competition to be decided by popular vote, the design received 77% of the nearly 12,000 votes.

A green connection
The new bridge was commissioned to span the new highway junction and provide pedestrian and bicycle access from the southern parts of the city to Amstelveen’s centre. The winning design presents the bridge as a green passageway to the city centre, anchoring and connecting it to the city’s reputation as one of Europe’s greenest cities. Amstelveen’s alderman Herbert Raat stated: “Amstelveen’s choice was clear and unequivocal. We were simply blown away by the level of participation in this ballot; it’s a clear indication of people’s desire to have a say in their city’s development. The winning design feels like a natural extension of the city’s green character.”

An iconic addition to the A9
The bridge will form a new striking landmark seen from the A9. The bridge’s columns are shaped like giant flowerpots that protrude above deck bearing large indigenous trees, and around which the deck winds its way like a green ribbon. This “bridge of trees” represents a unique addition to the rural road network. With its meandering paths and lush sections of green, the bridge resembles a leafy park. As night falls, subtle lighting will pick out the trees and greenery, presenting Amstelveen’s new icon as a safe and peaceful oasis in the surrounding dark, a garden of calm above the high-speed road network below. 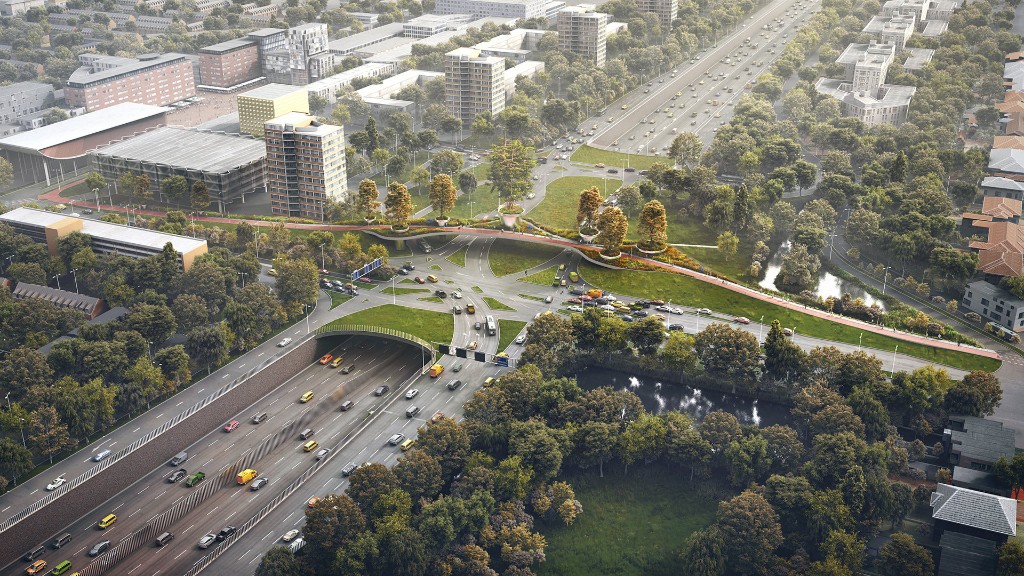 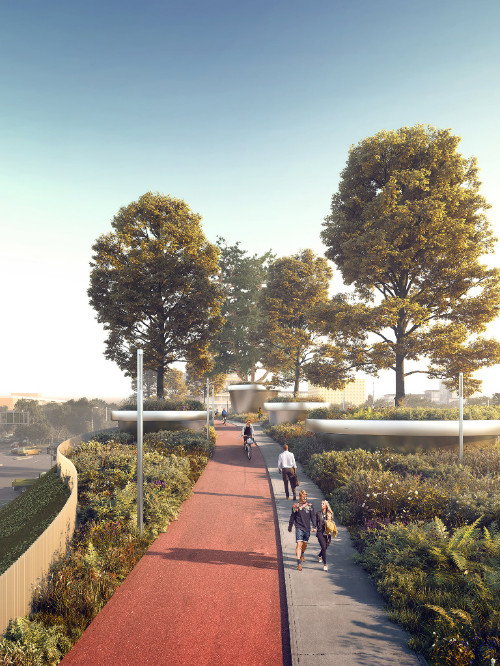