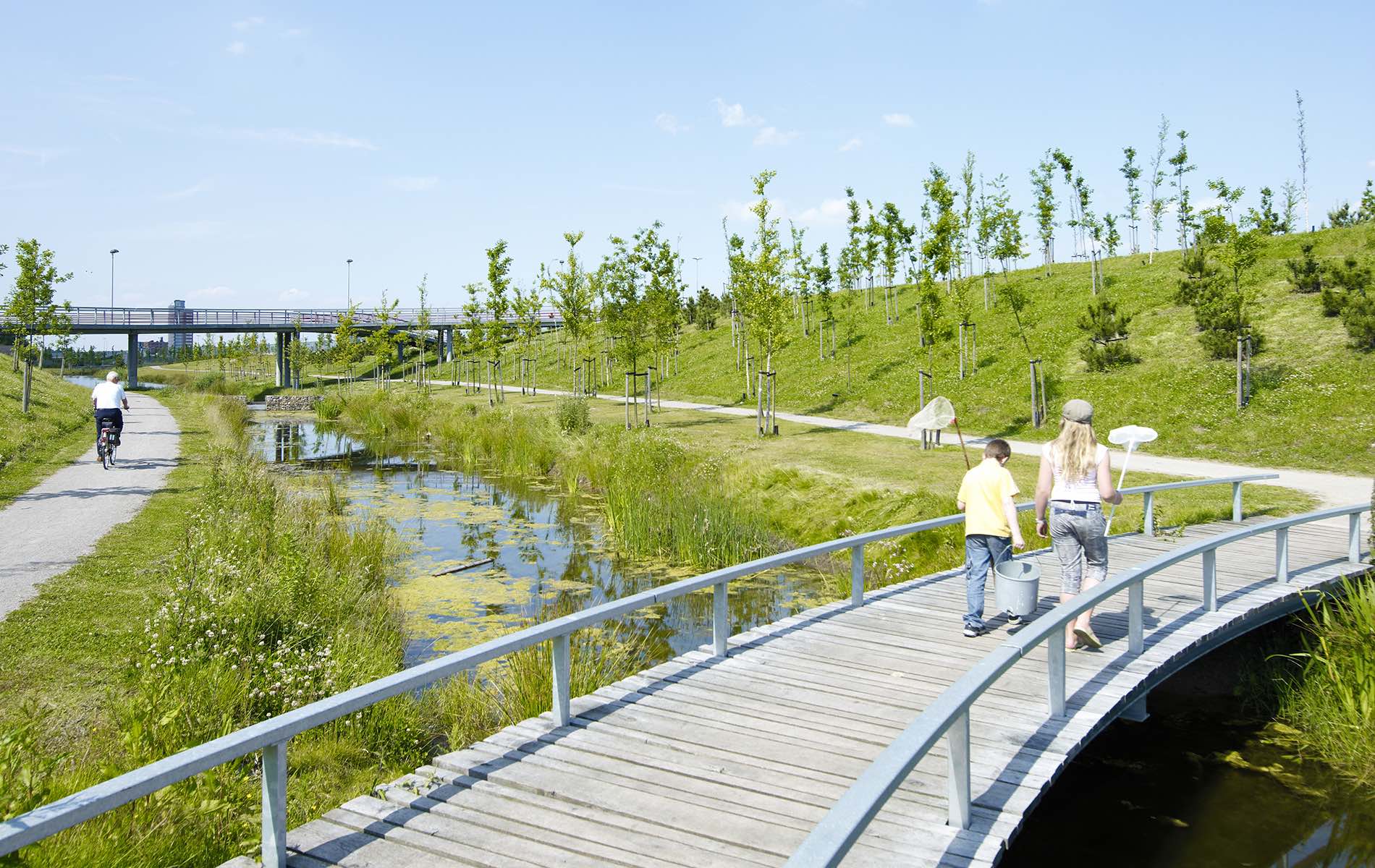 Ecology and recreation on the highway

A new high-speed train connection between Amsterdam and Paris, joined with the expansion of a local highway, demolished a park in the periphery of Breda. In our plan, the creation of an elevated park over the highway and train line delivers the necessary green space for the area and neighbourhood. This was realized by the construction of two “park-ducts” (normally viaducts), which connect the park areas along the highway. The design of an intimate romantic park contrasts with the linear shapes of the concrete constructions of the highway, creating surprises when the two meet. In the experience of car passengers, the park with its tress is floating above the highway. In addition, the highway is sometimes a surprise for people walking in the park. By adding height differences, the topography will no longer be derived from the park-ducts and highway, but by the overall idea of the park. The recreational value of the park has been enhanced by carefully adding a network of bike and pedestrian trails, beautifully designed furniture, a wooden platform along the central pond and a gorgeous bridge. The use of iconic pine trees further contributes to the uniqueness of the park. 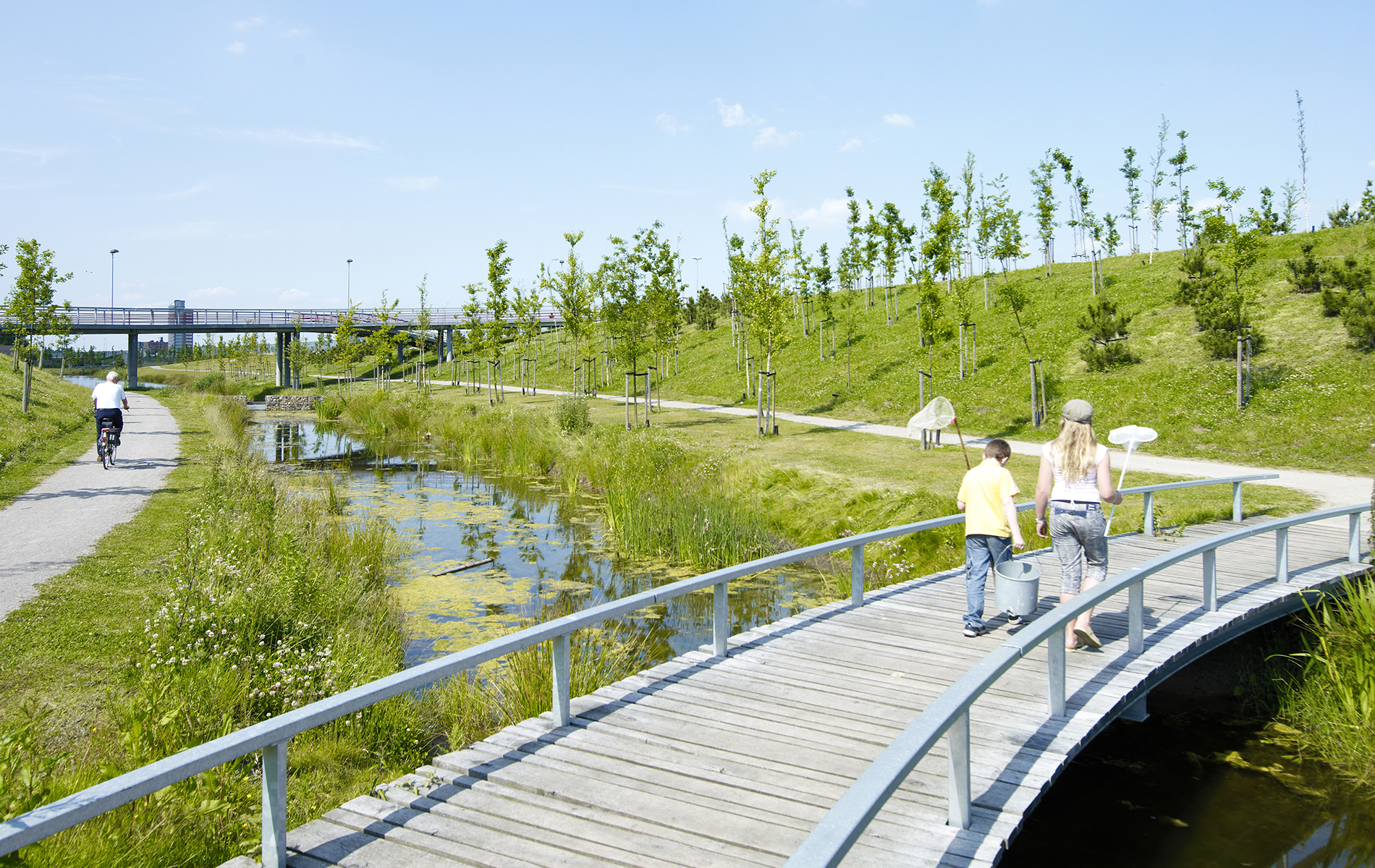 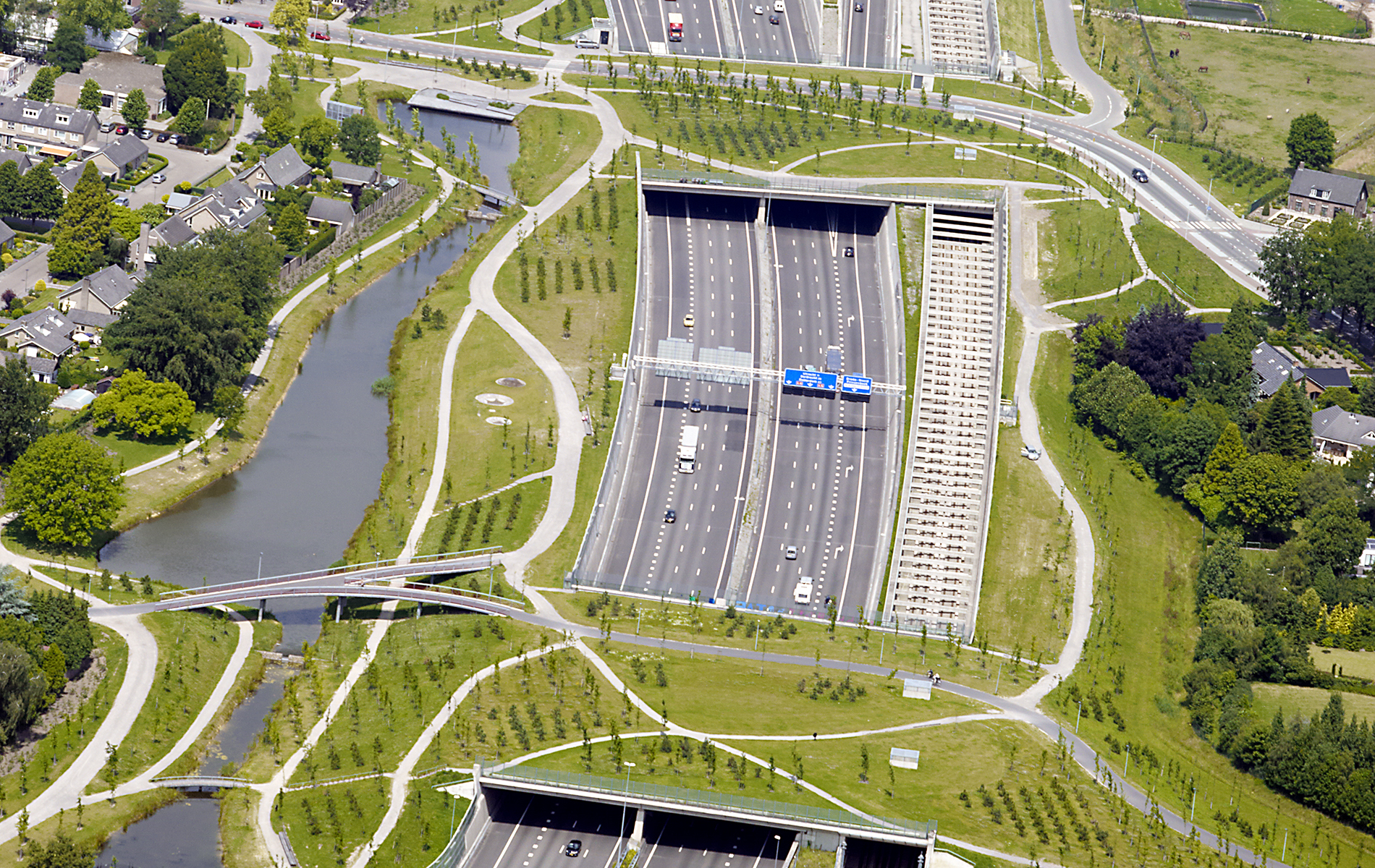 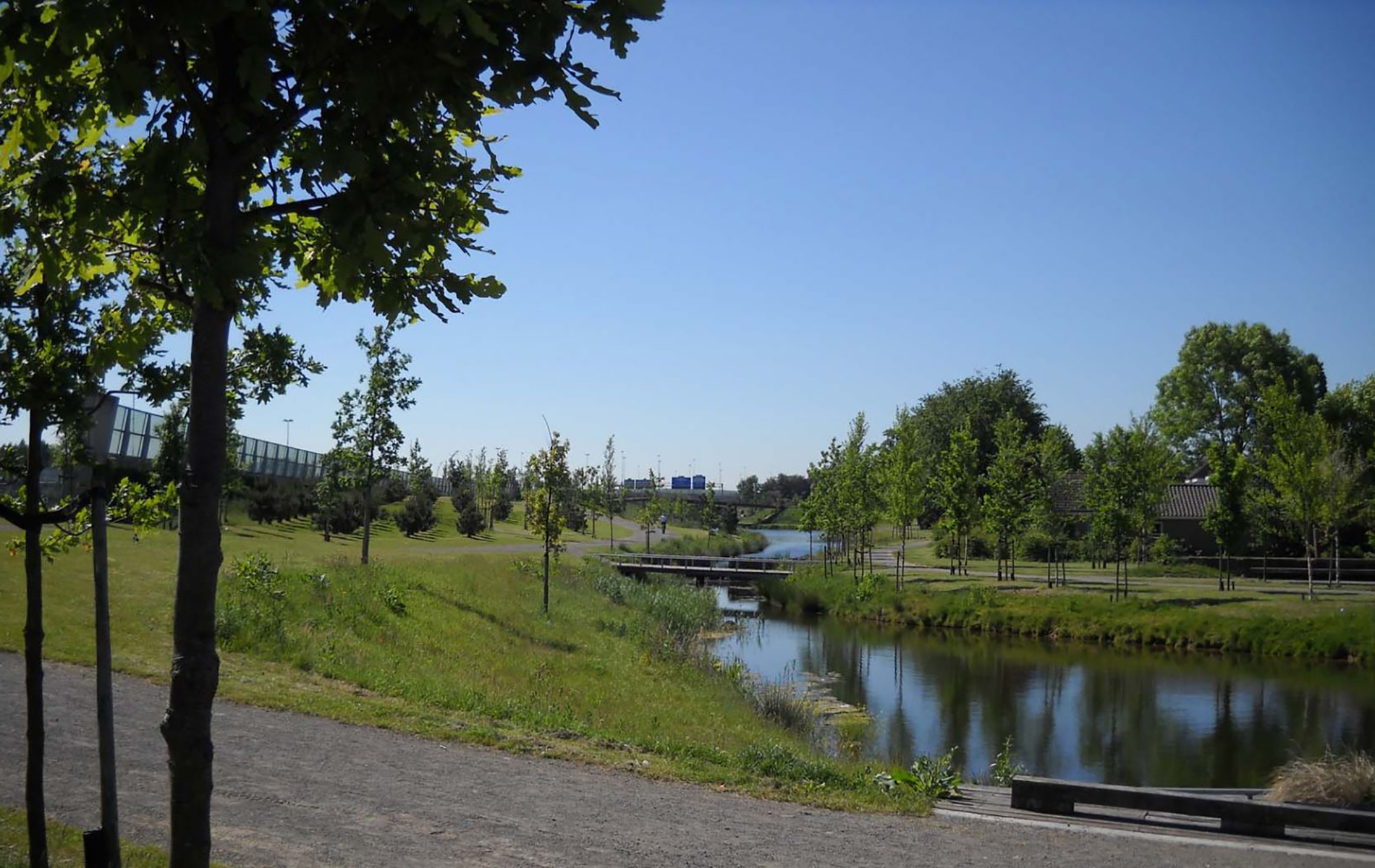 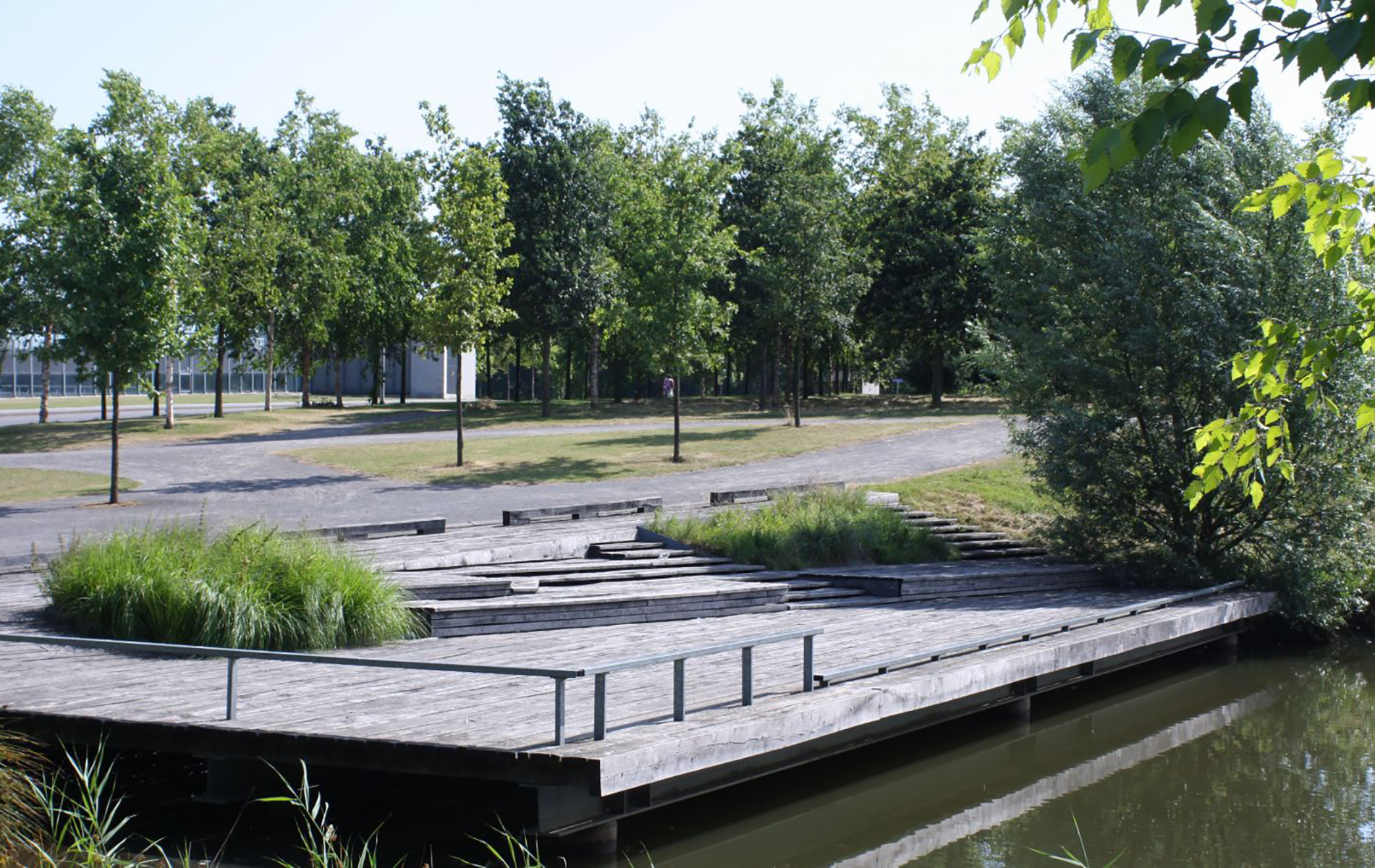 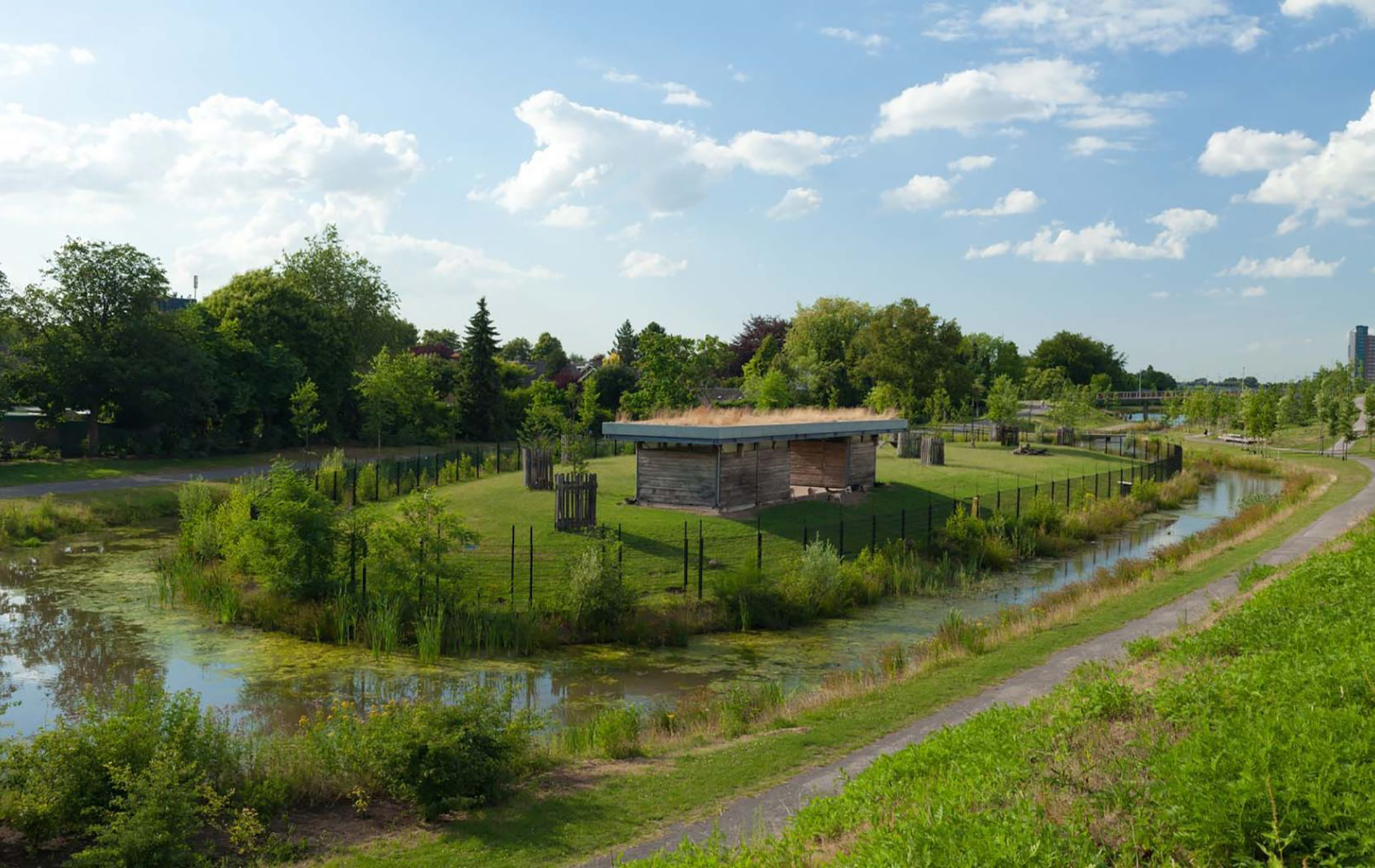