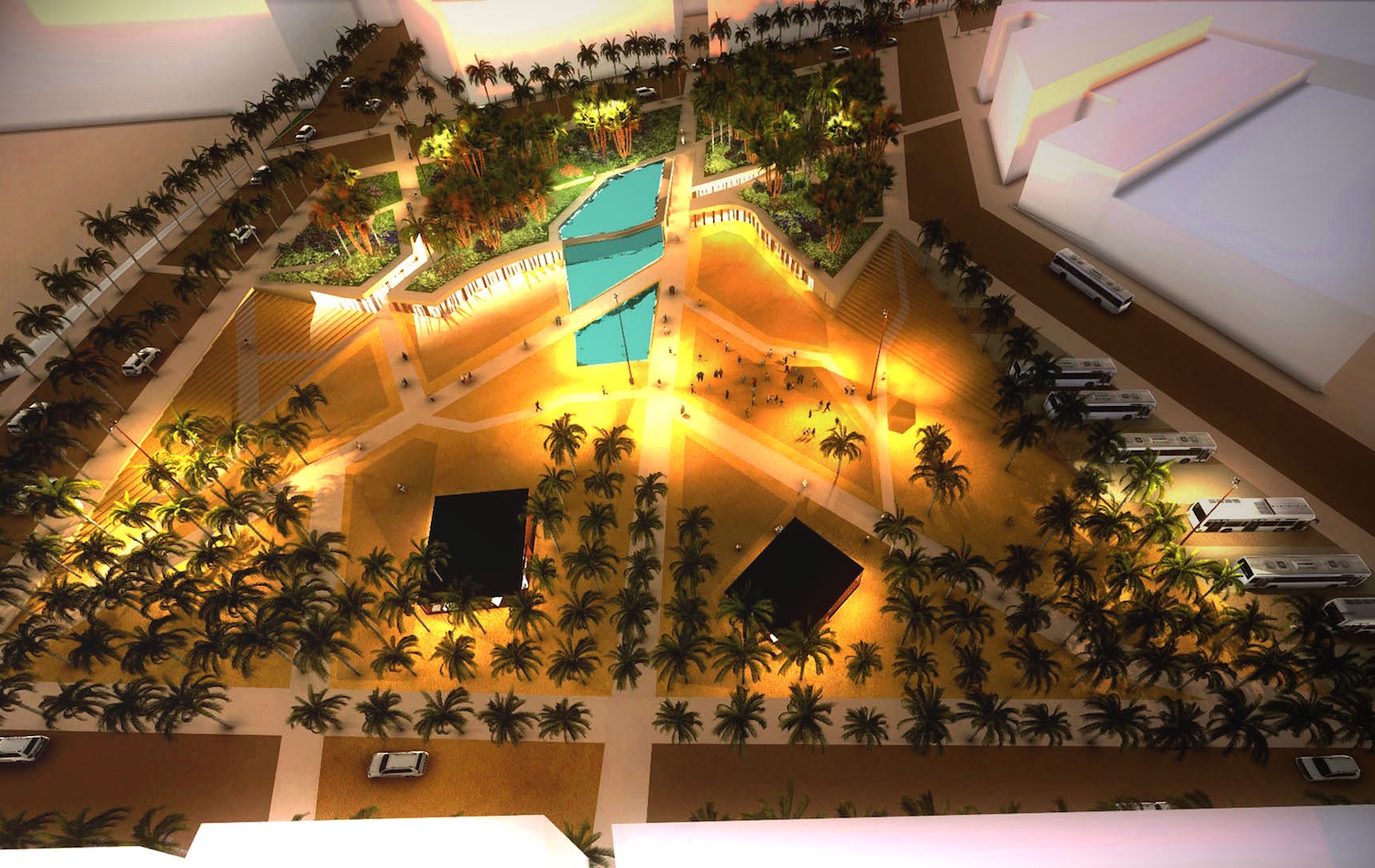 The Bar Darky Sera square in Sulaymaniyah, Iraq, is one of great historical value. Due to the city’s densification in the recent years the square has lost its function and historical grandeur. The new proposed square is formed by a sloping square floor, with a pattern that is based on patterns found in the local vicinity. The city fabric of Old Sulaymaniyah has been extended into the floor patterns and motifs of the square pavement floors.

Royal plinths run along the sides of the square, with palms and shading trees for ample shading and comfort. Roads are integrated into the overall pattern and design of the square, with good pedestrian crossings to provide a pedestrian-friendly zone. On the location of the current existing buildings, a green park will be realized, continuing the local pattern of the square in its green patches, with local fruit trees and palms. The height difference is used in the water feature, that leads up to the new mall that houses functional and utilitarian program. The South-west flank of the square will be formed by a palms zone on paving into which pavilions (for the book vendors) can be integrated. A central large part of the square is suitable for large events and ceremonial use. 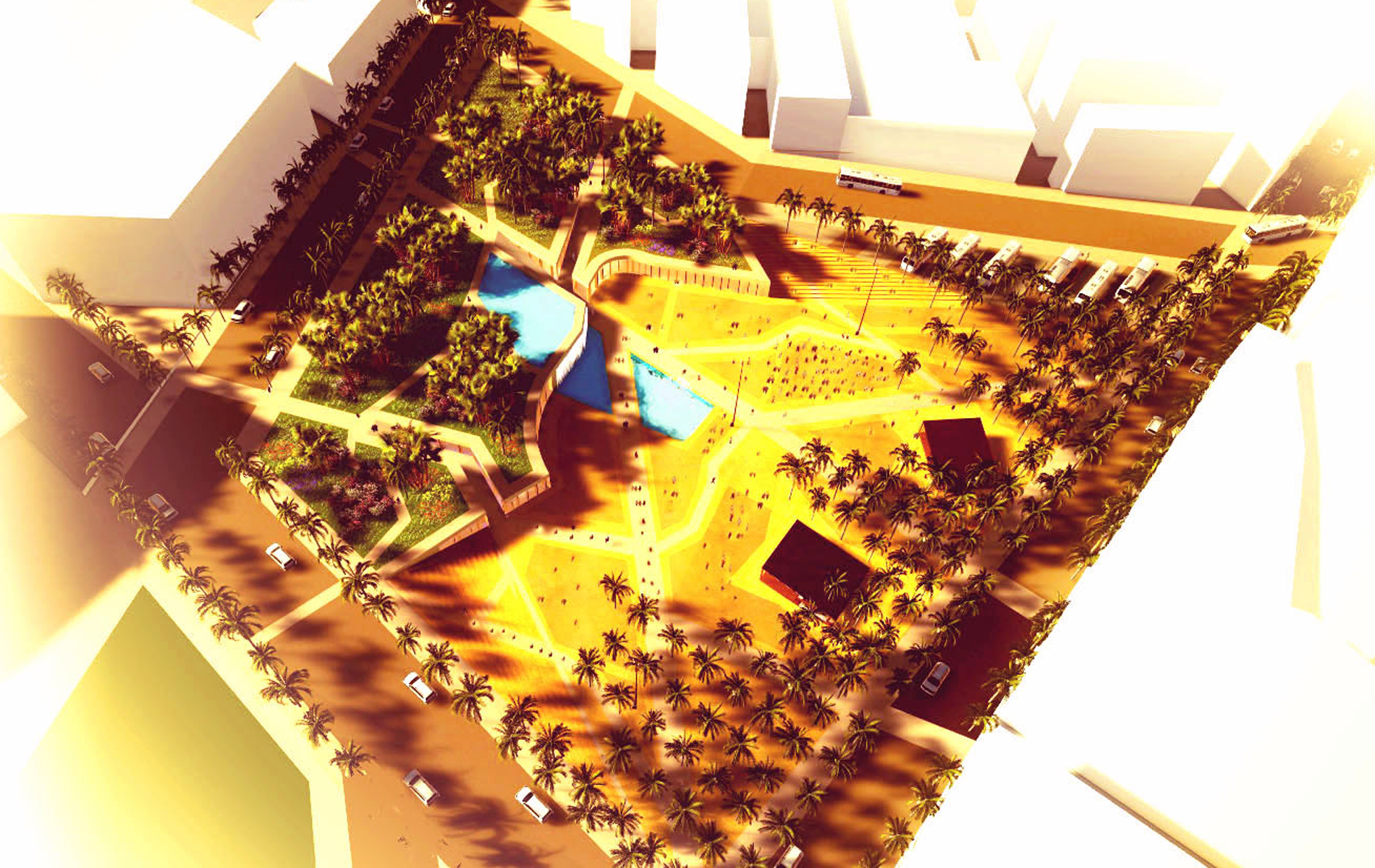 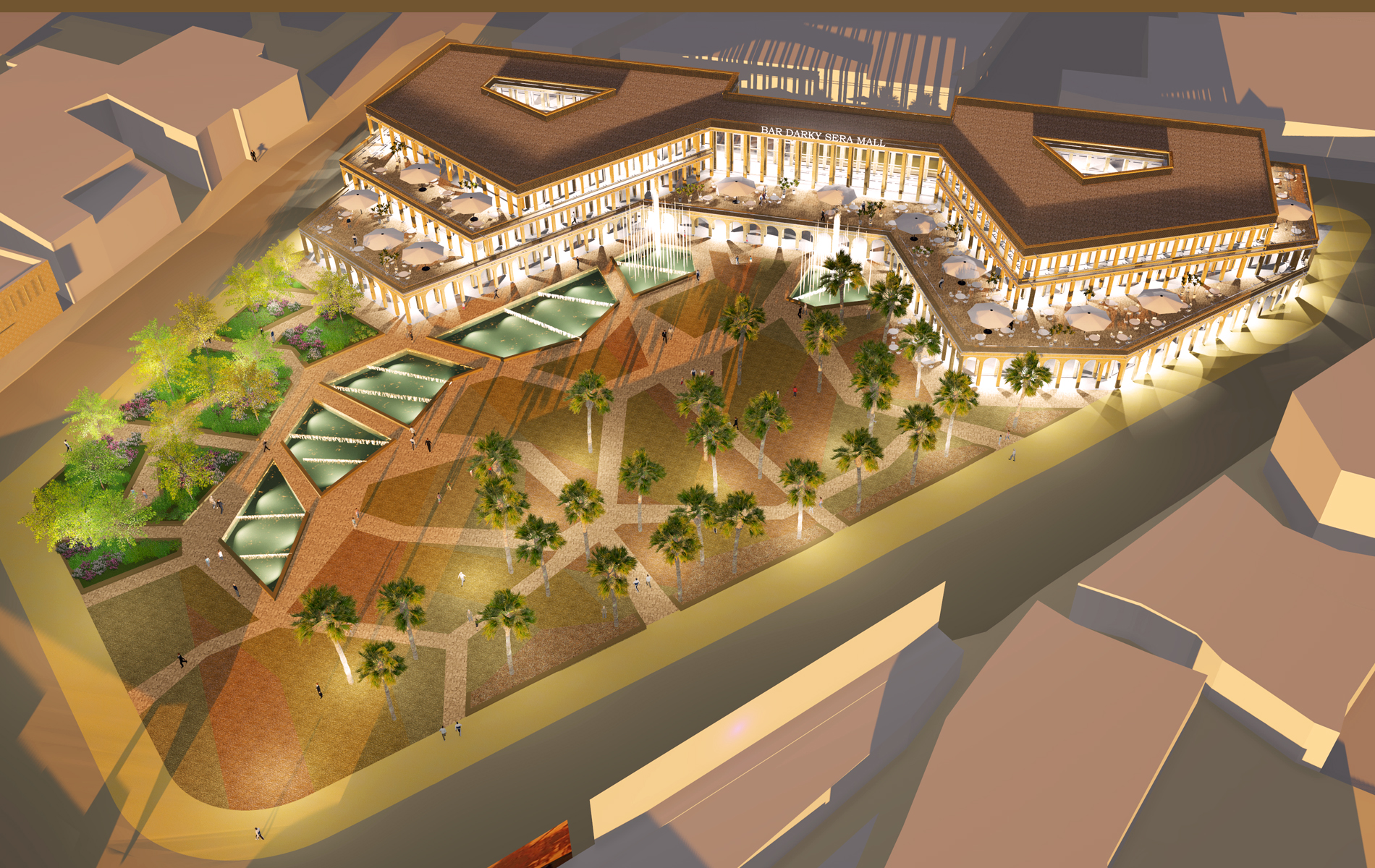 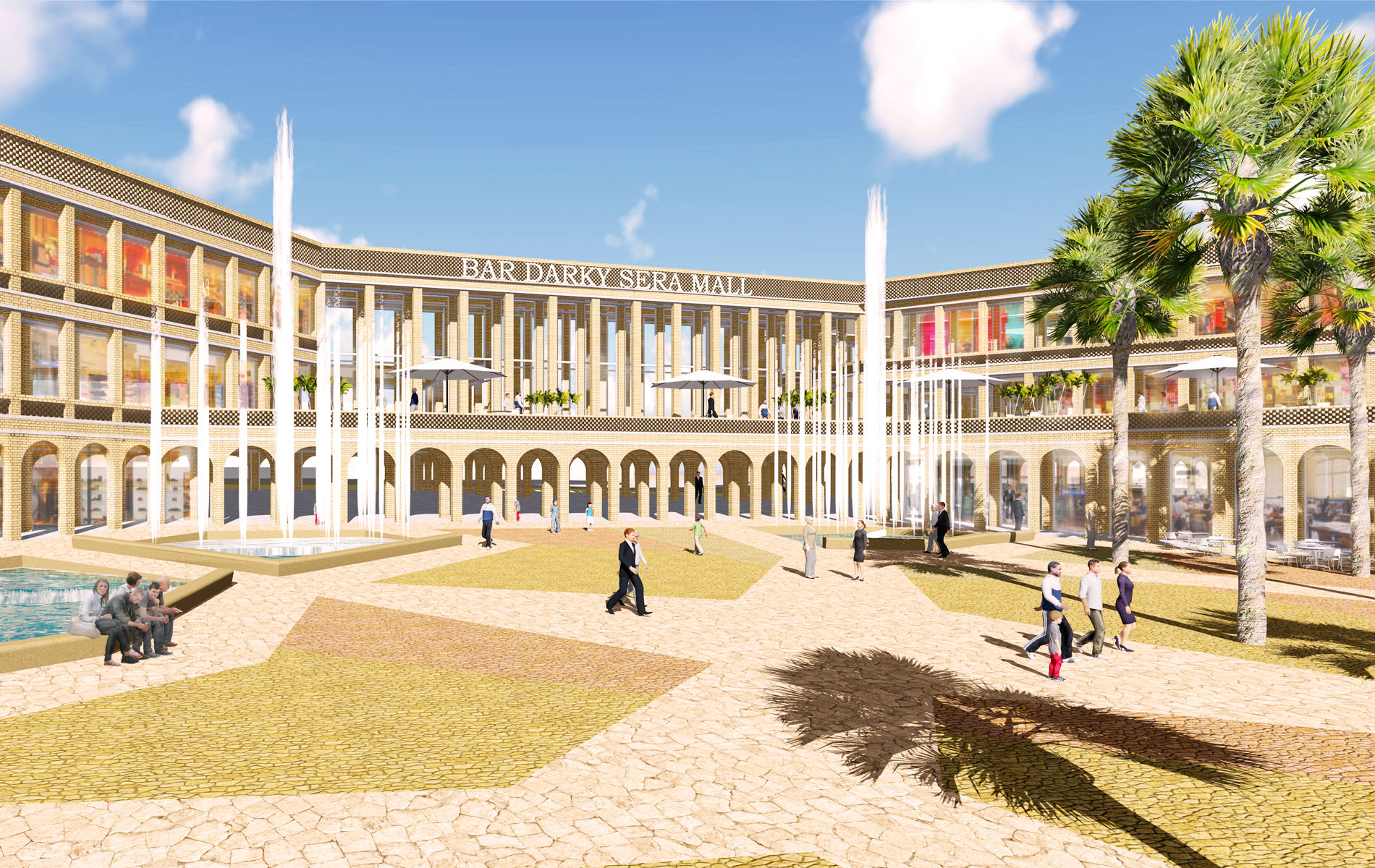 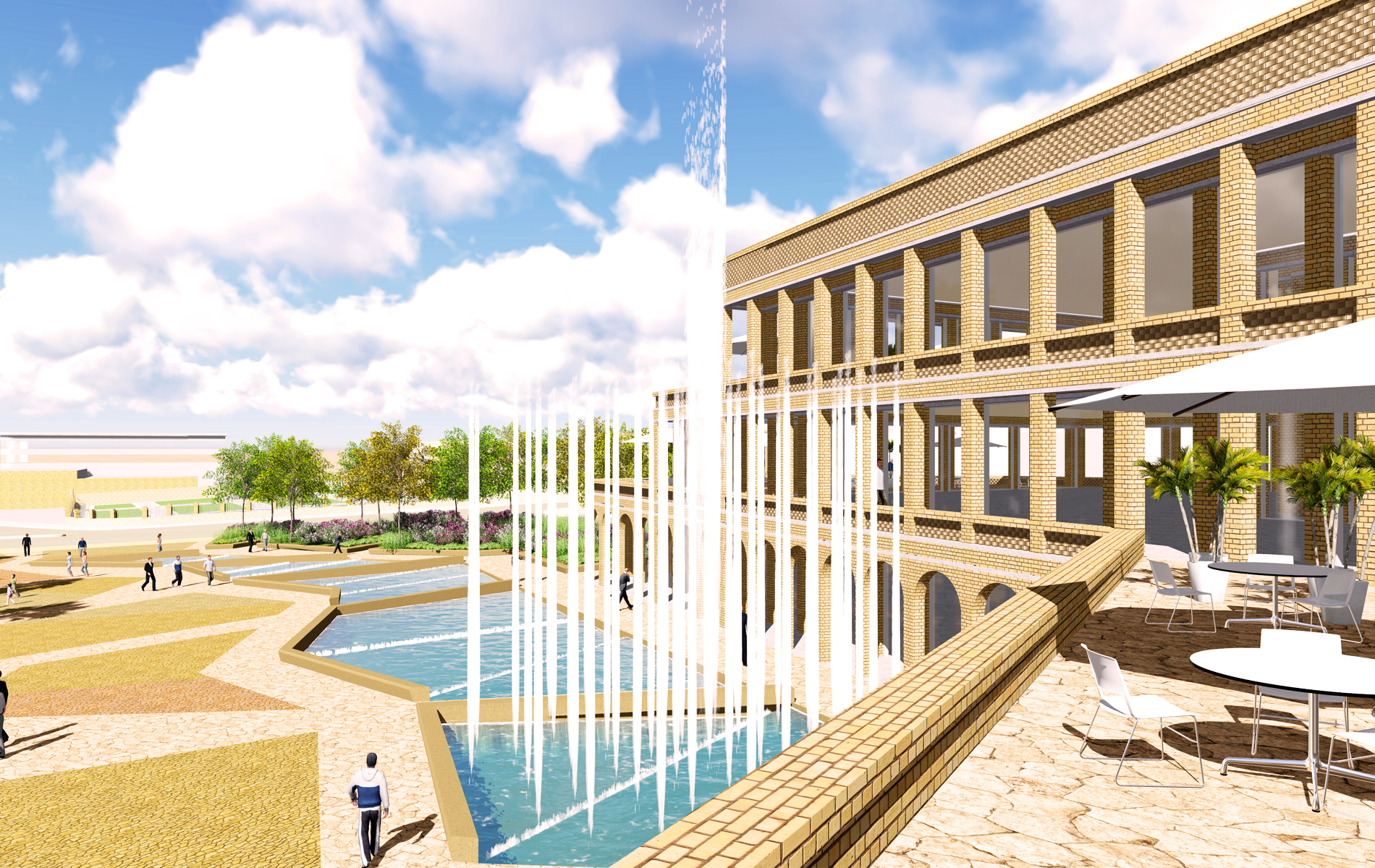 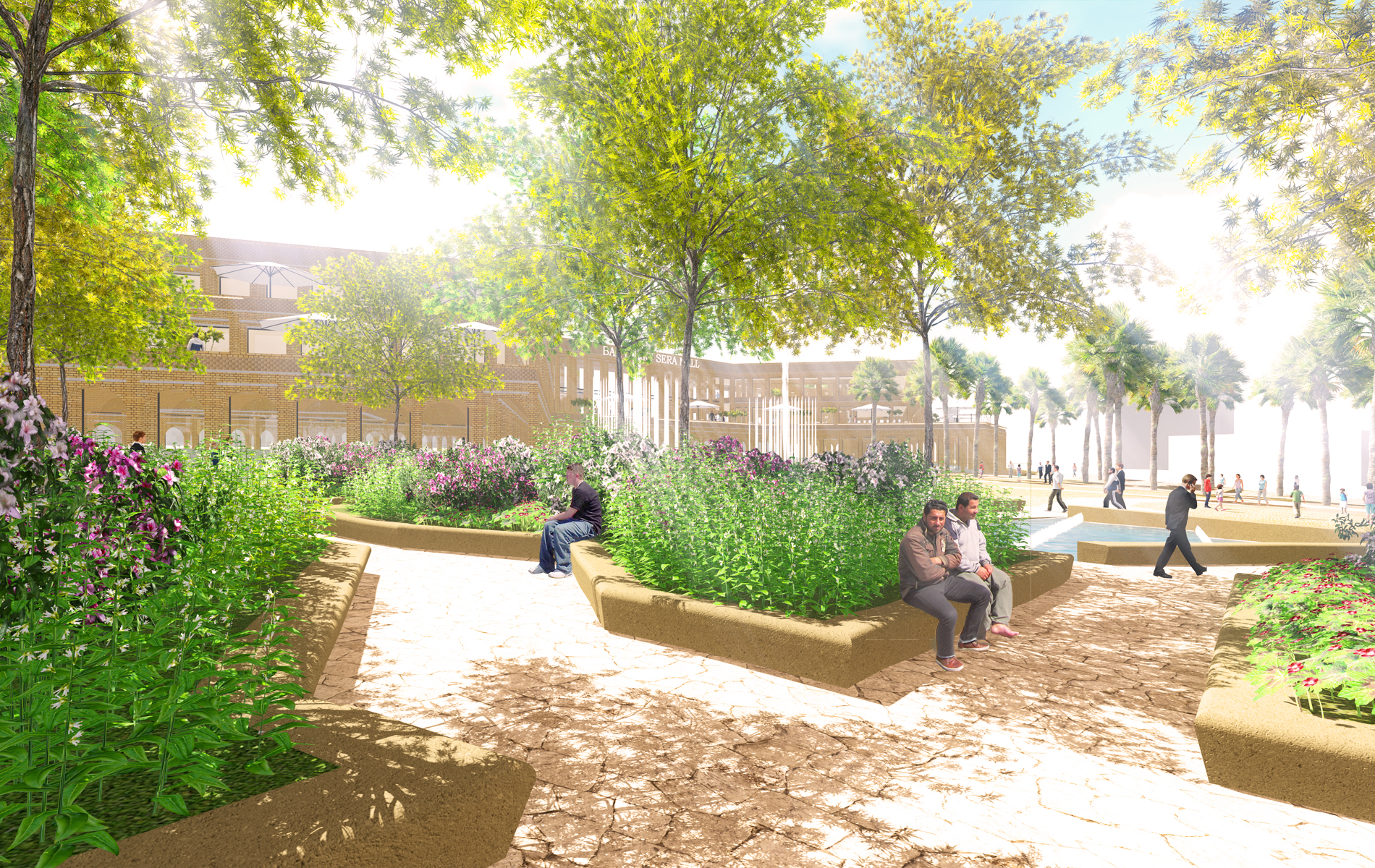 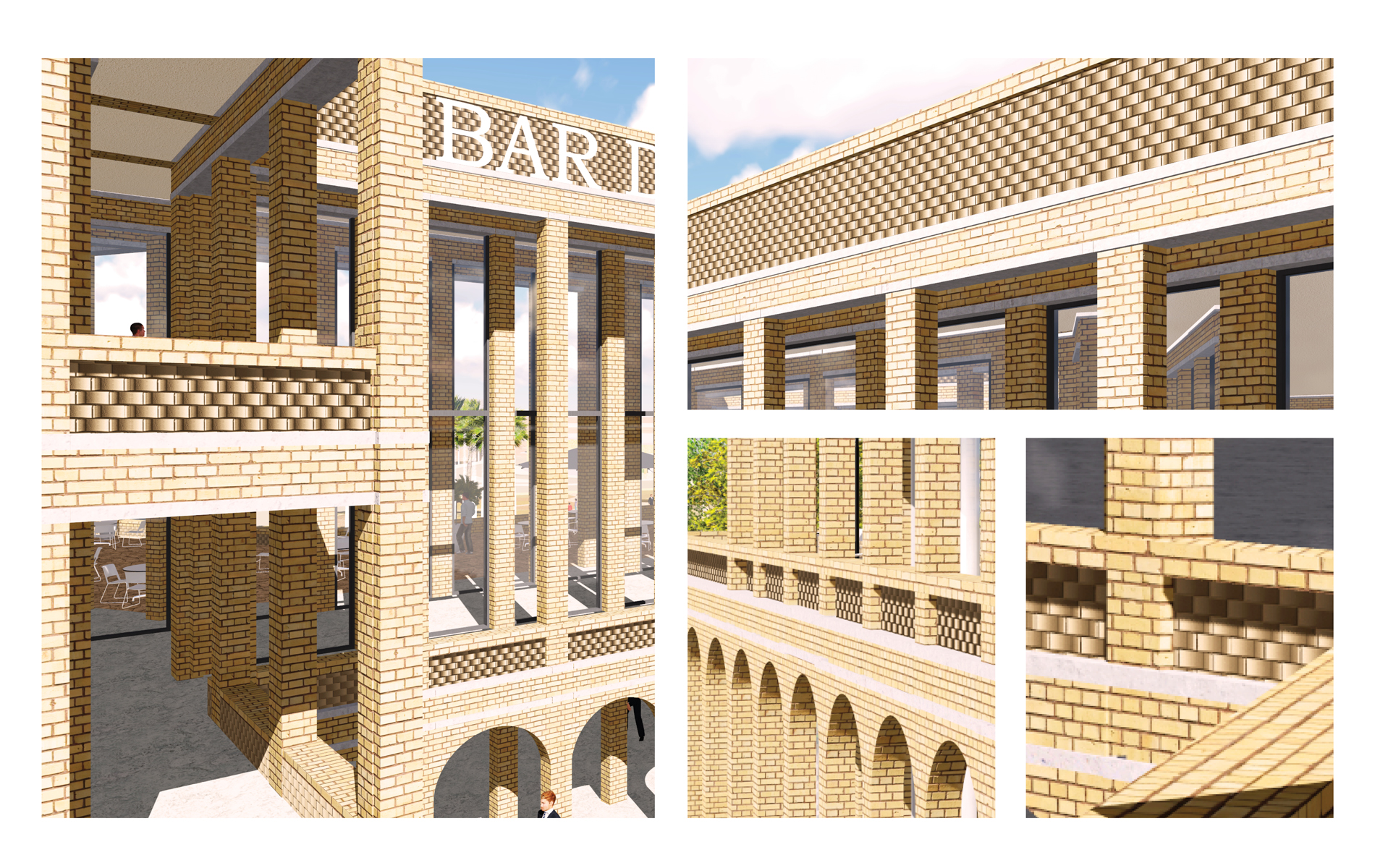 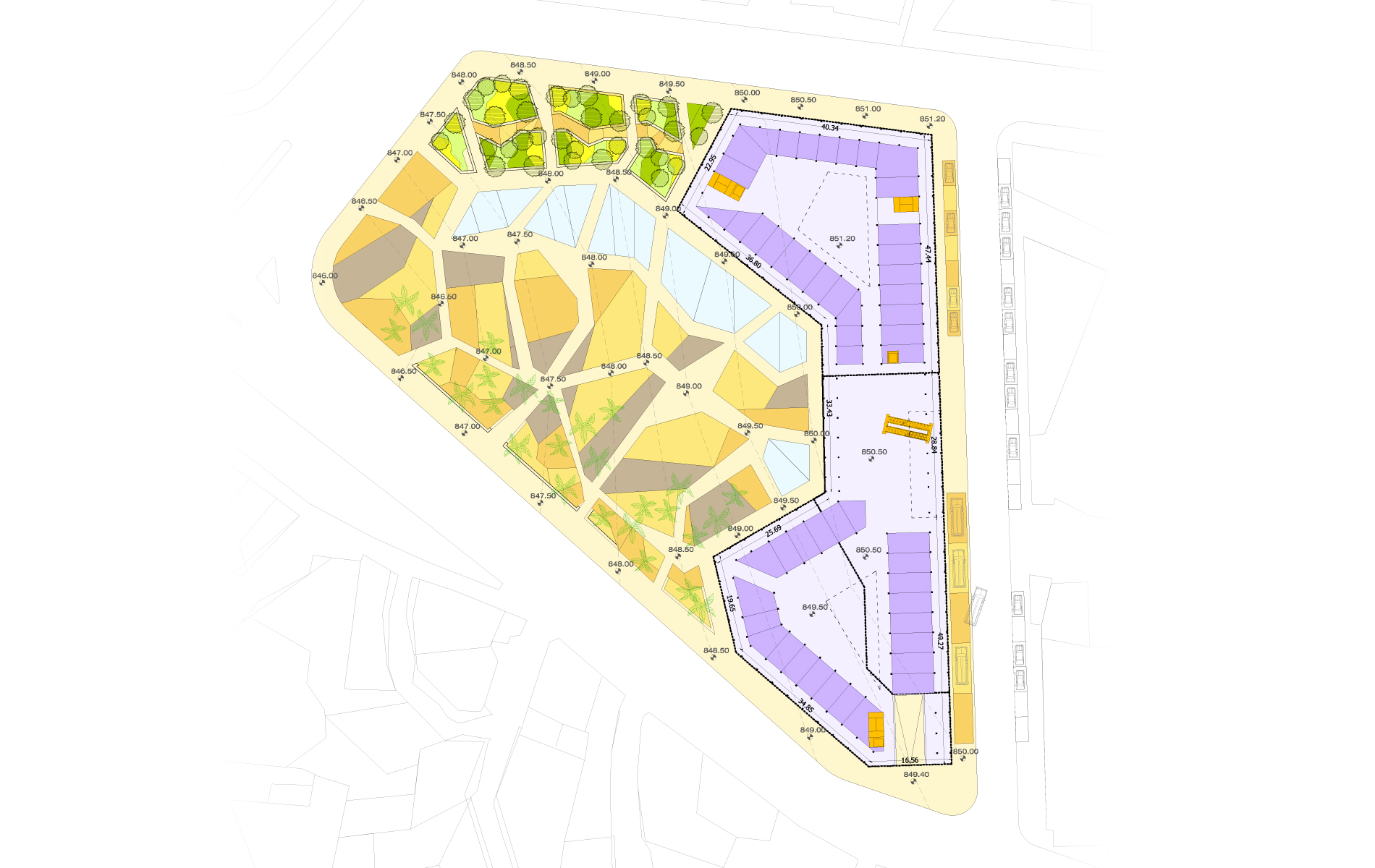